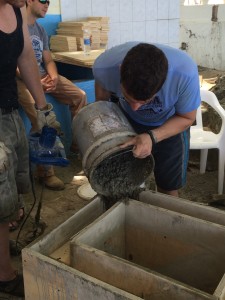 The group of students, escorted by three CIM staff members, including department chair Dr. Heather Brown, visited the island for 10 days in late May and early June, according to Nicole Green, CIM marketing and recruiting coordinator.

Students flew into Santo Domingo and traveled by bus to the northern coastal town of Sosúa to work. The northern coast is less traveled than the Caribbean side of the island, but a new cruise ship port in nearby Puerto Plata may soon change that, bringing tourists to add to the local economy.

Before leaving MTSU, students tested a mock form of the prisms in the CIM lab and created a template to help build the forms on the island. “They put their communication and concrete skills to the test when they had to acquire construction materials, use

the local materials to determine the right ratio for a successful mix, and mix the concrete by hand and with a drill mixer,” Green said.

Although mixing on the beach, students worked hard from breakfast to dinner, taking only a half-day off to visit local waterfalls, Green said. A total of 19 concrete prisms were made to place in the ocean just off the coast to help promote marine life. Click here to see a video of the reef placement.

During the trip, the head of the Ministry of Marine Ecology visited and was excited about the project. He is going to monitor the artificial reef’s success by transplanting sea fans and other species of marine life onto the newly placed concrete prisms to observe growth. Click here to view a video of the reef working with fish and an octopus using the shelter.

Green gave special thanks to the CIM Patron’s Group for funding part of the trip and to Northern Coast Diving for assisting students in navigating the island, finding materials for the concrete, certifying a few students to scuba dive, and placing the concrete prisms in the ocean.

CIM hopes to return to build on the project next summer. 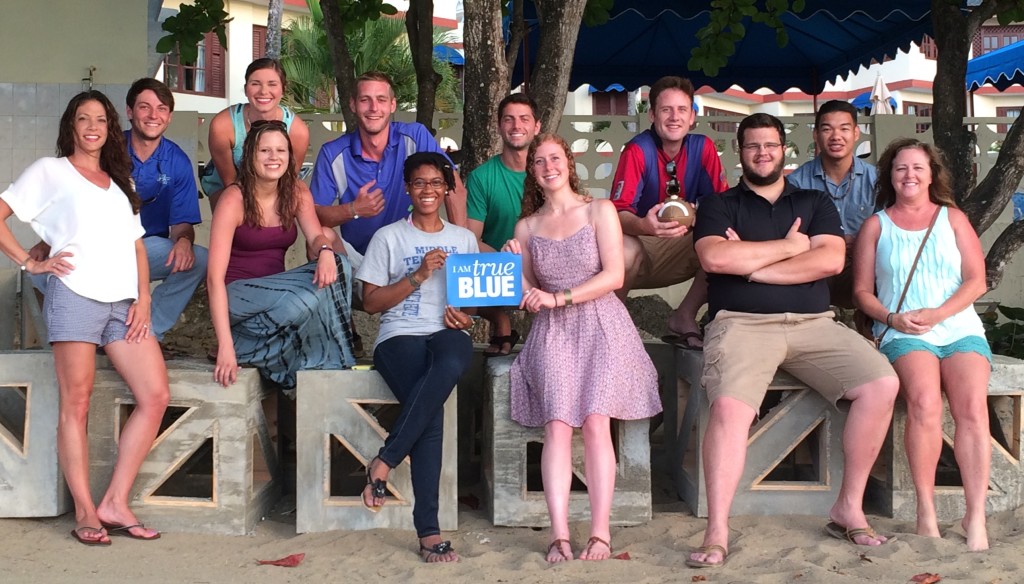